When to Rebrand? Learn from the Big League Companies

You Can’t Rebrand a Business That Doesn’t Actually Have a Brand!

No one thinks or plans for rebranding when starting out a business initially. However, market changes and unforeseen events sometimes necessitate the need for “rebranding”.

Your brand name is only peculiar based on the reputation you’ve built over the years.

However, when the name is being mentioned or known for a bad reputation, then, rebranding is necessary.

Also, when the public can’t associate productivity with that name, then, you know you need to rebrand.

2. When you want to tap into a new demographic

These issues are either pertaining to them, their product or service(s), as well as their acceptability.

The outcome of such surveys might show a downward spiral in customer satisfaction.

When this happens, companies have learned to know it’s time for image repair, thus rebranding. 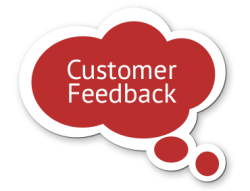 These are comments and complaints served to companies, to reveal the reservations or commendations the company has from public opinion.

This allows organisations and companies to build and maintain communication.

4. When you outgrow your original mission

Also, it has to be meticulously thought-out, so as to fit in all seasons and activities pertaining to you brand.

However, if at that stage, certain steps were missed out in your brand’s development…Then, this has necessitated rebranding.

5. When the market is evolving quickly

The characteristics of the market forces are ever dynamic.

Very often, events and incidents bring about unanticipated re-positioning in the market.

So, when a brand is stuck in a stage of the evolutionary dynamism, then, rebrand!

6. When you want to shake off an old image

The theory of evolution is consistent with the unpredictability of situations of life and future events.

However, plans and strategies exists in anticipation of some controllable events and otherwise.

If the evolution of the company was not anticipated along the line of positive and negative occurrences, the tide of evolution could sweep such company adrift. Therefore, such a company will need to rebrand.

7. A change in leadership

Leadership is the brain box of every organisation structure. It emphasizes control, order and significance.

Often times, the visionary and originator of a company sit atop the leadership structure. However, being a productive leader takes much more.

Peradventure, there was change in the leadership of an organisation; there could also be change of vision and direction. Hence, necessitates rebranding!

8. Internationalisation of the brand

The mission and vision of an organisation should accommodate eventual need to go global or expand beyond domestic shores.

However, most do not have the structure prepared to operate at this level yet. So, when the failure of the pre-existing structure becomes obvious by overstretched structure and output, hence!

The concept of the term Nudge has a lot to do with persuasion and influence. According to “The Independent Business News”; “it is a relatively subtle policy shift that encourages people to make decisions mostly in/for broad interest”.

Leadership often feels the nudge to rebrand when they have concerns with accountability and responsibility with their customers. Also, when trust and security needs to be reaffirmed, hence!

Rebranding may be your best option if you want your business to carry on its growth. Sometimes, to re-establish a lost position in the market, you need to rebrand!

Make the Right Decisions for Your Brand!