In simple terms, scope in Project Management means gathering information from a project owner about expectations, features, and requirements that need to be met for the successful delivery of their project. However, the term “creep” implies a gradual and unexpected depletion in time, resource or space which mostly leads to negative effects such as disruption of project delivery plans.

Scope creep occurs when alterations are made to the scope of a project after the project has started with an introduction of requirements; this often stretches projects beyond the original vision causing it to spiral out of control. Scope creep has the unintended propensity to overstretch a project above and beyond the expected unique outcome, thereby affecting the project plan and budget altogether.

In other words, Scope creep is the change made to a project’s definition and required outcomes without an increase in budget, resources or time; it results in missed deadlines, cost overrun, and the risk of eventually generating an entirely different project.

Often, scope creep occurs when there’s an increase in both the amount of time required and the functionalities of a project or product. Most clients do not fully think thoroughly about the projects they want to embark on, and as time goes by, they come up with new features that they want to include in the project. In some cases, the inclusion of a new production team member or stakeholder to a project would be a cause of scope creep because their contributions will alter previously agreed expectations. Eventually, as the project unfolds and extends beyond expected deadlines, conflict of interests arises and infrequent cases, such projects end up incomplete or completed with alternate outcomes.

The consequence of scope creep therefore becomes plain and simple, the pre-planned valuation for deadline becomes disrupted; there comes an overlap of expected budgetary expenses which could reduce the executing company’s profit.

It is unfortunate to note that scope creep is a very real threat for most projects;according to PMI’s 2018 Pulse of the Profession survey 52% of projects experienced scope-creep and even among PMI’s top performers, 33% of projects had some form of scope creep occurrence. 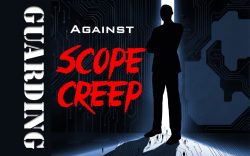 It is important to understand your client’s idea to get a full grasp of the project as envisioned. It is equally vital to document the details of their expectations and the projected outcome as agreed. The details should be deliberated upon and the outcome be recorded for cross-referencing in-case the client later demands significant alterations. Project managers should avoid underrating the complexities of the project during the planning stage.

Furthermore, requirements for the completion of the project should be collected in layers, this will prevent stakeholders from delaying the progress of the project.

Identify stakeholders and their project goals 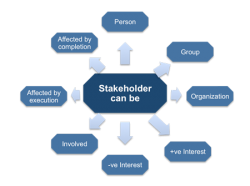 Having clearly stated the scope of the project and its stages, the next step is to identify the project stakeholders and their roles. Both clients, associates and production/development teams must agree on how they will fulfill their duties in the implementation of the project.

An increment in the number of stakeholders and development team usually leads to scope creep because of the new ideas they usually feel obliged to contribute to the pre-existing scope. The stakeholders of a project should constantly be reminded of the project goals to avoid deviation from the project vision.

Create a process for managing changes

Immediately after finalizing the structure of the project and how it should be developed, it is vital to put in place a change control process. By defining the changes, it will be easy to limit the extent to which the project will be affected.

There should be limits to the number of changes to be made as well as the number of stakeholders requesting alterations. Gold plating is a major threat to project completion owing to the assumption of an overambitious development team-member who has unnecessary and extravagant ideas of how the project outcome should be. “Without a process, change merely… happens”.

For every project, after the scope has been determined and budget fixed, the next point of call is the project schedule which helps to adhere to the time management process. The requirements of a project will determine the task to be undertaken in stages.

It is pertinent to the project development to create a task list and compare it to the proposed time of completion to get the virtually possible completion estimation. However, the project manager should have a  contingency plan that’ll accommodate lapses from any direction regarding the project outcome and deadline.

As scary and uncomfortable as scope creep gets, it sometimes leads to a progressive and helpful outcome. A creep occurring by accommodating an inconvenient but positive additional change from stakeholders endears the company to its clients. Positive reviews are mostly gotten from simple but uncomfortable gestures thereby improving the company’s reputation. Some of these changes will be sources of additional revenue depending on the extent to which the changes are carried out and the manpower and time it took to complete the task.

Role of the Project Manager 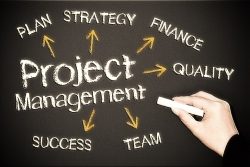 The role(s) of project managers is first and foremost to properly analyze the expectation of the clients and the deliverables; followed by properly spelling out the achievable outcomes to all the parties. Once an agreement has been reached, he/she should guide and supervise the production team by taking into cognizance the scope, time and budget of the project.

Minor changes could occur for effective delivery of the featured project; however, it is the work of the project manager to ensure such alterations do not outstretch the expected outcome of the project. Although, he/she would intermittently have a limited chance to keep up with the work being done, give feed-backs and importantly, review milestones at the end of each stage. The adoption of project management software will help keep track of the project from the scope and plan to schedule and task designation.

Requirements must correlate with a feasible scope. The determinant of the scope of a project includes predominantly, the provision of the proposal and the plan as agreed with the client; as well as the specific number of times changes could be made to the agreed plan. This scope should be backed up by a written contractual agreement separate from the proposal for clarity of objectives and purpose. This contract will highlight the delivery schedule per milestone as well as the budget and payment structure.

Finally, the job of the project coordinator or manager is to constantly monitor the project with careful attention paid to the smallest of all the details. The manager should endeavor to give updates to the project stakeholders about milestones to give everyone a sense of satisfaction about it all.