Why Nigerian Universities lose Money by not being Social

There are over 300 institutions of higher learning in Nigeria today. My research showed that over 63% do not have any active official social media accounts. About 26% have parodied accounts created by students for the institutions. Fewer than 8% have official accounts managed by the school authorities, albeit poorly.

Most tertiary institutions in Nigeria concentrate on building processes that disconnect from students’ reality. That got me thinking, how do you purport to groom students when you are detached from their worldview? How can you teach them when you are not consistent on the platforms where they hang out daily?

This makes me wonder if the institutions understand the atmosphere in which the students are schooled. The height of the penetration of social media and digital technology today cannot be overemphasized. As the Pew report below shows, people between the ages of 18 – 29 constitute the most users of social media. This age group also account for over 93% of undergraduates. Well over 40% of these users are active on social media sites on a daily basis. 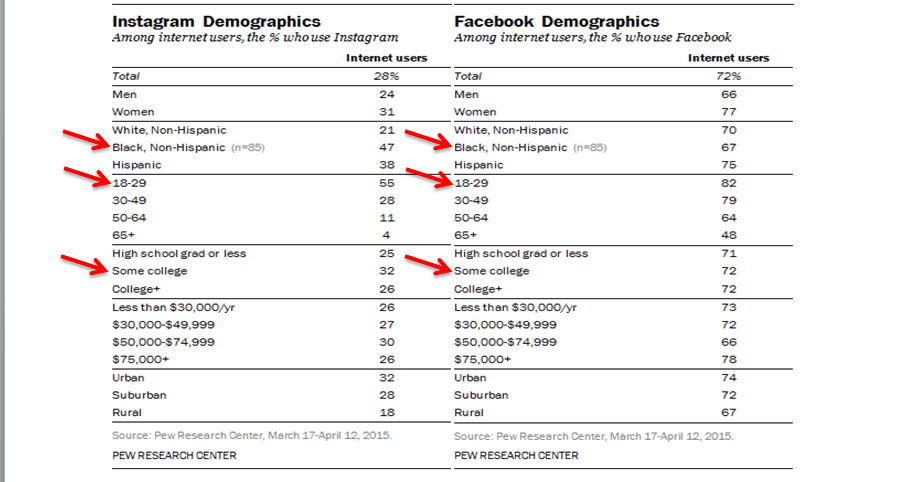 It is shocking that universities in Nigeria do not make optimal use of the social media. It should be used to reach and engage with their prospects, students and alumnus. 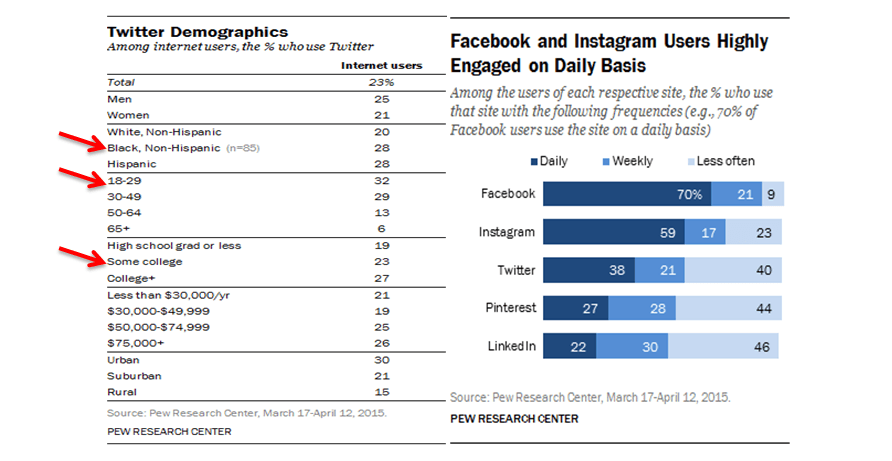 The level of this underutilization is evident in the waste of resources on archaic and unproductive mediums. The addressable market of a typical university has three layers: the prospects, enrolled students and alumnus.

To reach prospects, our universities often place adverts in newspapers (prospects don’t read those). For the current students, information is pasted on notice boards while students spend their leisure and ‘me time’ on their mobile phones. To connect with the alumnus – if they ever do, they resort to the ineffective traditional mediums again.

It is not surprising that students are more socially connected with themselves than academically in-touch with the school.

Based on research, private universities lose an average of N476,000 per prospect when they fail to connect with them. This sum is the median tuition with higher probability of rising. This can be corrected by simply appealing to the prospect on social media and other digital mediums where most of their time is spent.

The Digital Marketing team at Big Field Digital came up with the prototype conversion funnel below. It can be used for boosting revenue and publicity at one blow

Actually, students of Nigerian higher institutions are more detached from the schools than we really know.

To be candid, some schools in Nigeria have leveraged social media. However, this has been in a very limiting manner and at a straitjacket angle. I should commend those institutions since others have barely scratched the surface.

See the example of American University of Nigeria’s Instagram post below showing an aerial view of a section of the school. Below the tag is a crucial inquiry from a prospect that has not been responded to in over 27 weeks.  That is a N1,590,000 potential tuition lost. 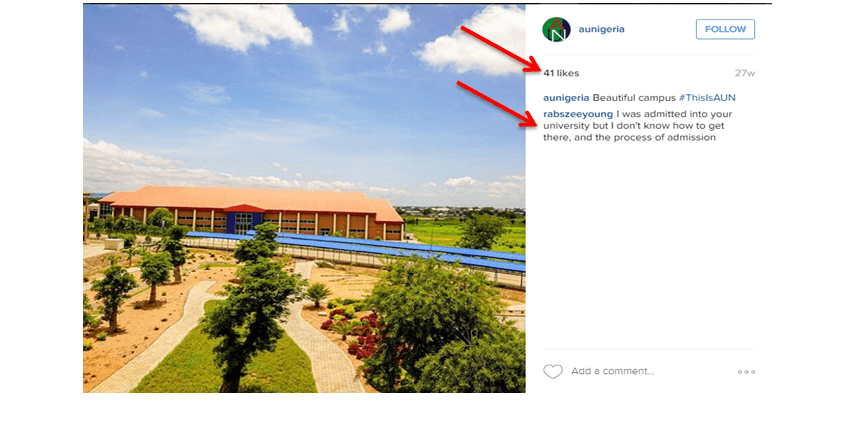 Compare that with Boston College’s Instagram post showing a small alleyway within the school premises. Contrast the “likes” counts and the engagement or communication that follows. 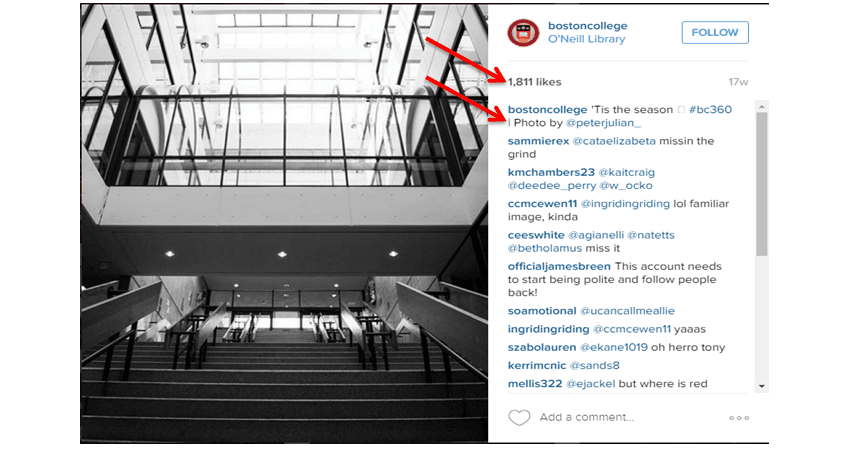 In the sequel, I will discuss how universities can use social media for PR and academics.

Meanwhile, feel free to carry on this argument by sharing your opinion and comment in the box below. 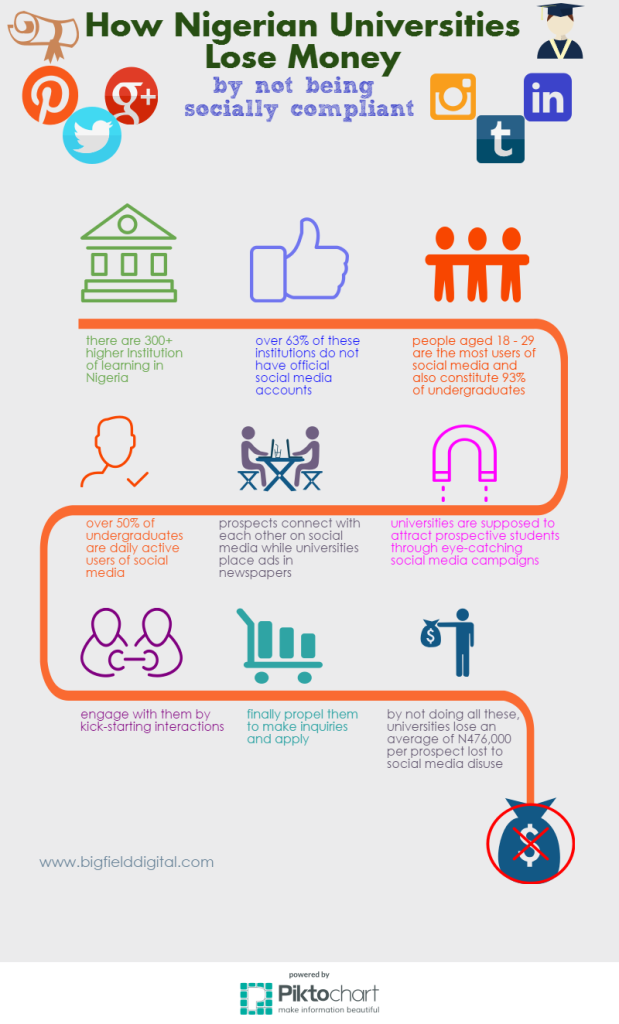