Effects of Team Building at Workplace

Team building is a collective term for numerous activities used to indicate the process of improving the psycho-social disposition of people in a specific environment that don’t necessarily have common objectives of duties, but to harmonize the differences in their roles in such environment through collaborative efforts.

Team building is a term commonly used in corporate or business environment to improve interpersonal relationship and efficiency within an organization. It is the process of turning a group of distinct contributing employees into a cohesive team and organized to work together interdependently and cooperatively to meet the needs of their customers by accomplishing their purpose and goals, according to human resource experts from The Balance Careers Group. 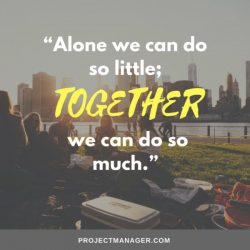 It can also be described as the bringing together a group of individuals with similar interest, attitude, and taste to work for a common objective, is the ultimate goal of the building process. Therefore, ensuring that every individual contributes equally and performs his/her level’s best to meet the team targets and achieve the organization’s goal. Increasingly, companies are holding team building exercises alongside conferences or business exposé.

According to Wikipedia, many team building exercises aim to expose and address interpersonal problems within a group of individuals in an organization. How a company chooses to build its group of employees into a team, determines the level of bonding that will facilitated within them thereby, setting the level of work accomplishments and numbers of achievable goals recorded by the organization through the process. In other words, team building refers to the various activities undertaken to motivate the team members and increase the overall performance of the team. 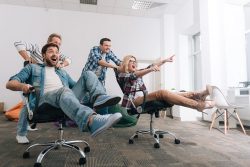 Team building helps to build morale and leadership skills in the employees. Often times, team leaders or managers facilitate series of meetings at which employees get to know each other and develop cohesive working relationships.

There are key features to the process of Team-Building namely communication; bonding; culture; and ultimately result. The most important among the feature which is communication, it is the vehicle by which the whole exercise is driven. Bonding is attained only when there I an established line of communication between the team members that are professional and ethical.

Communication at meetings and the bonding process evolves into a consistent process, commonly referred to as Culture. Corporate culture is an offset of efforts of team-building, as it is the psycho-social result of being accustomed to a pre-existing organizational behavioral pattern which has been generating acceptable results for the company. 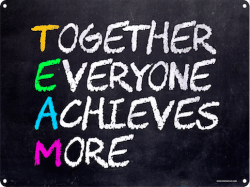 Leadership is another poignant feature of team-building, as the management gets to envisage employees with such this skills and mannerism in their conduct during the training. This helps the management identify individuals who could actually stimulate positivity among its staffs by being motivating and delegating tasks for common objectives to be achieved during the process.

Integration is the most important benefit of the team-building process because all the members of the team have to show adaptability to emerging situations individually and collectively. Team-building process uncovers the Leadership Qualities in some employees who show a great deal of capacity development, this resultantly culminates into the identification of roles and responsibilities by default. 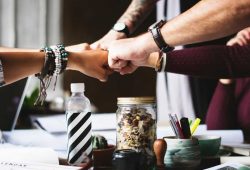 Another benefit of team-building is the identification of employee’s strengths and weaknesses; this leads to the appreciation everyone’s effort in the organization and as a result generally increasing morale.

Team-building exercise helps employees to become self-aware of their potentials within the organization, thereby, keeping employees motivated. It is during this process that employees also develop problem solving skills, which is germane to their development. 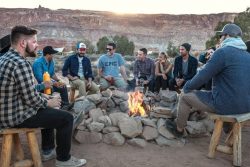 There are strategic motives for conducting team-building exercises; the foremost motive of which is to establish leadership within the organization through calculated overview of the line of communication that is being displayed during the process and aligning team goals with company goals. Achieving this will increase confidence that the exercise will to Foster teamwork within the organization as well.

There are many advantages of conducting Team-building exercises and the most instant is the cultivation of creativity within the organization, as a form of positive reinforcement of employee’s believes in the vision of the organization and their abilities. This in turn improves communication pattern among the employees, through group discussions, thereby swelling productivity to a certain degree. 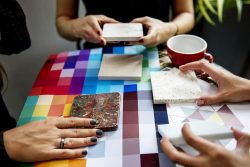 Another advantage of Team-building is increase in collaboration efforts among the employees because the communication barrier has been broken and their disposition to work environment and ethics has been positively reinvigorated. As a result, employees grow with more confidence in their output, while also owning up to their responsibilities as part of the mechanism for the successful operation of the establishment.

Establishing relationship and building it when work is a happy place as a result of the fact there is a satisfactory level of trust that has been built to reflect the commitment of every employee to his/her job objectives. This in turn permeates respectful understanding within the organization.

In conclusion, evolution is the key objective of conducting a team-building exercise in every organization. There is a growing need to evolve when the work environment is lethargic, stressful and gradually becoming unproductive, so also, there has to be an increase in the demands of every employees output intermittently so as not to get complacent. Team-building exercise is an encouraging phase for carrying out such motives if the management of any organization intends to introduce a dynamic shift in the disposition of their employees to work demands.