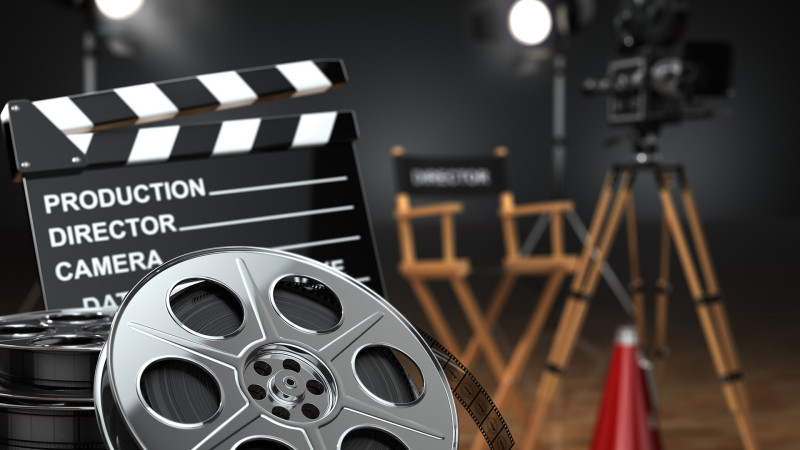 A Review of The Movie: ‘London Has Fallen’.

I hesitated when a friend requested we should go to see a movie last week. I had not been to the cinema for a while and had lost touch with the Box Office updates. However, I saw it as an opportunity to relax and ease my aching nerves, so I asked if she had any particular she’ll like us to see. Both of us were indecisive so we checked online and later resorted to letting the cinema attendant make a choice for us.

We did a quick search and Google displayed a result page with “London Has Fallen” ranking well in both the paid and organic aspects. I presumed the crew had done their digital marketing assignment properly.

On getting to the cinema, I noticed a huge poster with Gerard Butler standing against the backdrop of the British flag. He was flanked to the right by Morgan Freeman and Aaron Eckhart to the left. Since I always fancy all things about the Queen, I figured it will be worth the time spent watching it. Also, it had been a while since Britain got on the radar for large-scale unrest and terrorist activities, so the poster piqued my interest; I was interested in knowing what the film crew had packaged in this movie. A little chat at the counter sealed the decision: “London Has Fallen” will be the best pick of the evening. So I had my ATM swiped and the tickets were doled out with two big paper bags filled with popcorn and we galloped down the aisle to the cinema room.

You will agree with me that the search on the internet before going to the cinema had registered the banner of the movie in my memory, hence, the poster stood out when I sighted it. That is the power of social media for marketing when it comes to online and brick-and-mortar shopping.

We were some minutes late so the scene we caught up with was that of the American presidential convoy driving down the road with ‘Big Ben’ towering above while spectators were waving to welcome him. We quickly picked a seat not too close to the screen; before we could settle into the chair comfortably, the scene shifted to one of sporadic shooting. The American President was under attack, pellets flying everywhere and pandemonium filled the air.

Right that second, the image of the movies, ‘Olympus Has Fallen’ and ‘White House Down’ came to my memory and I knew I was seeing a movie with the same theme as the two movies mentioned above. Only that this time, the siege on the American President’s life was happening on a foreign soil. At that moment, it occurred to me that I should have made another choice of movie.

The part of the movie that interested me was where the execution process of the captured President was streamed live on social media channels. This takes us to the power of social media for optimal reach in advertisement and marketing as the world now lives on social media.

For one, I think the title didn’t properly capture the theme of the movie. Apart from the landmarks of London that were destroyed, the focal point of the terror attack was on the President of America, hence, I see no reason why ‘London fell’ since the terrorist intended to fall the number one man in the world – the American President.

Had the movie been centered on the terrorist’s destruction of the historical landmarks of London, it would have been a better watch for me, because I think the idea of an attack on the American President has been over-emphasized in too many previous movies. I don’t think we need any more reiteration of that. Besides, the current American President is not hated that much right now.

Again, I reiterate that on a personal note, I consider the time spent watching that movie a reliving of old memories that have been played over and over again. At the end of the movie, I asked myself how come the movie ‘London Has Fallen’ had so much rave every where? Then it occurred to me that quite a lot of marketing campaigns were done via social media channels to help out with its publicity to a large extent. Note: this is my personal opinion on the movie; you may find it an interesting watch.

Having said that, the next movie I have in mind to see is ‘Captain America: Civil War’. Much has been done in the area of digital marketing to push the movie into the mainstream and the trailer is gathering so much views on YouTube. I hope not to be disappointed – I doubt if I will because I am a fan of Spider-Man and Marvel scarcely ever fails me. If you have seen this movie ‘London Has Fallen’ , please leave a comment below.

Why work with us?

Ideas and Experience in Abundance.

We have successfully created and launched simple and complex apps using a tight agile approach, as well as launched marketing campaigns that truly delighted our clients. We bring fresh perspectives into every new project, and our award-winning team is sure to make you happy with great technical and strategic ideas.

We’re an eclectic mix of young, passionate and talented professionals performing at the top of our game. We work with bleeding-edge technologies such as Machine Learning, AI, iOT, Blockchain, as well as many other data-driven and intelligent platforms that only a few agencies are privileged to explore.

Our services won't cost you an arm and a leg. Each service we offer is well tailored and can be customised to meet your requirements while a lot of options are also open to accommodate your budget. With us, you will surely get more value for your money.

We take communication seriously. We thrive on the continued success of our clients' businesses. We are always happy to help, even after we have successfully delivered your project. We are determined to build a long-term relationship with every client.

As entrepreneurs, we understand the importance of aligning technology with business goals and objectives. We don't just work, we focus on ROI, and work based on a set of agreed KPIs and clearly defined outcomes.

Your Brief Has Been Received!

Thank you! We will be in touch shortly, usually within 24 hours.